Most City facilities are closed to the public. The Police Department is open for certain limited services on weekdays, and 24/7 for emergency services.

The redevelopment of the Takoma Park Recreation Center, located at 7315 New Hampshire Avenue, is sited within the study area of the Takoma Langley Crossroads Sector Plan. The Sector Plan, endorsed by the City Council in 2011, recommends the replacement of the Recreation Center due to its age, poor condition, inefficient layout and limited capacity. The facility, managed and programmed by the City of Takoma Park’s Recreation Department, is owned by the Maryland National Capital Park and Planning Commission.

The Takoma Park Recreation Center on New Hampshire Avenue will be redeveloped into a new, state-of-the-art, community resource, and we need your input! The City of Takoma Park is conducting a community survey to understand the needs and priorities.

As a thank you for your input, participants will have a chance to win one of several gift cards from local, Takoma Park businesses!

Fill out the survey online or drop them off at the locations below. Paper copies will be available on-site.

On July 1, 2019, Takoma Park, in collaboration with Montgomery County Parks Department, finalized the transfer of ownership of the property to the City of Takoma Park, in exchange for the vacant, City-owned parcel at 922 Jackson Avenue, part of the Long Branch Stream Valley park. The Letter of Intent, signed by City Manager Suzanne Ludlow and Montgomery County Department of Parks Director, Michael Riley, was completed May 15, 2019.

Five development teams expressed interest in working with the City on this project:  Brandstetter Carroll, Inc., Coalition Homes and The Orlo Fund, Community Preservation Development Corporation (CPDC), Mission First Housing Development Corporation, and Montgomery Housing Partnership (MHP). An initial review of the qualifications of the five respondents was conducted by staff and their preliminary recommendations were presented to the City Council on June 21, 2017.

The City Council met with four of the development teams on July 12, 2017 to learn more about their qualifications and interest in partnering with the City on the project. The Council discussed the proposed project on July 26 and again on September 13, 2017, deferring further action on the project. 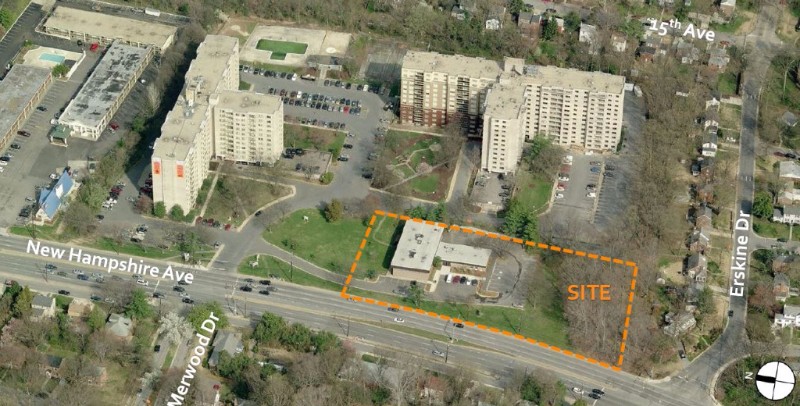