The Takoma Park Maryland Library is closing on Wednesday, August 24 at 8:00 pm.

Tables Painted by Trap Bob at the Takoma Streetery 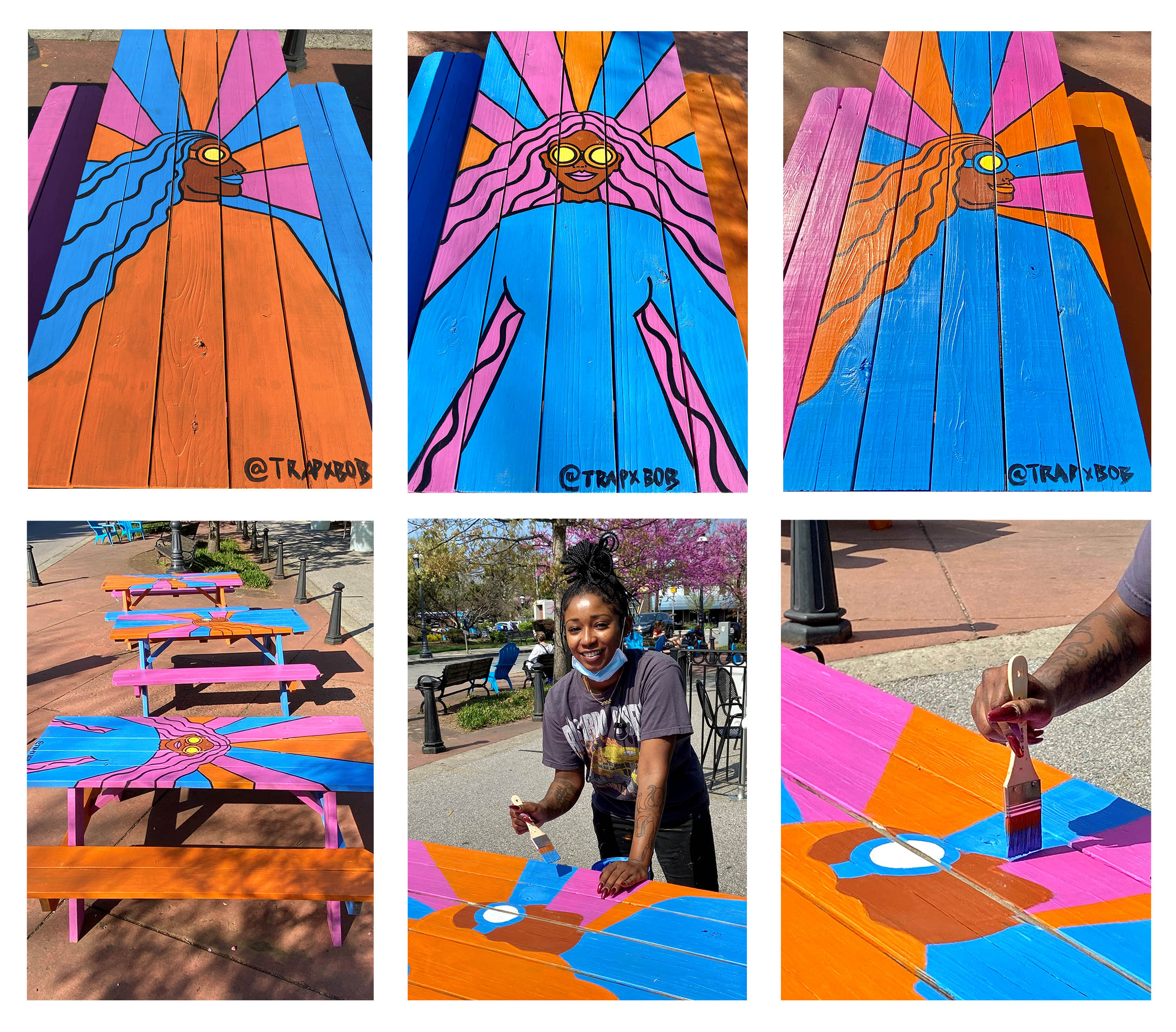 Three tables at the downtown Takoma Streetery have been painted by artist Trap Bob with her original designs celebrating the power and resilience of Black women.

The City of Takoma Park hired Trap Bob to paint the tables to illustrate the City’s commitment to public art and racial equity, Arts and Humanities Coordinator Brendan Smith said.

The three tables feature Black women wearing goggles surrounded by colorful rays of light. “The characters I use in my work, I refer to them as my ‘girls’ because they are representative of myself and every Black woman. They are proud, powerful, and resilient,” Trap Bob said. “The goggles represent their superpowers because they are everyday superheroes.”

Another table painted by Trap Bob was vandalized last year by a white woman who scraped off the portrait of a Black woman’s face and the word “Justice.” That table was part of a separate project by Main Street Takoma.

“The Arts and Humanities Division paid Trap Bob to repaint the vandalized table, and then we commissioned her to paint three more tables at the Takoma Streetery to feature more of her inspiring artwork,” Smith said. “We also wanted to send a clear message that racism won’t be tolerated here.”

Trap Bob said local residents were excited to see her painting the picnic tables at the Takoma Streetery, a pedestrian area and popular lunch spot at the intersection of Laurel Avenue and Carroll Avenue in downtown Takoma Park.

“I think it’s important to show the community that change can’t be stopped and to further emphasize Black people’s resilience,” she said.

You can learn more about the City’s public art projects and see an interactive map here.