As are all in our community, I am deeply disturbed by the actions of Minneapolis Police officers in the murder of George Floyd. The actions taken by the involved officers were incredibly disturbing and go against the basic law enforcement principle of the preservation of life. The lack of compassion, abuse of power, and use of excessive force does not just tarnish our profession, they tear at the very fabric of race relations in our country. Every human being must be treated with dignity and respect. George Floyd was afforded neither. 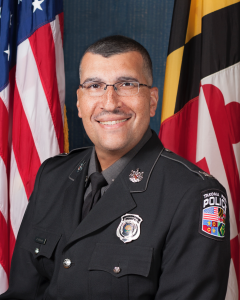 the country. We can no longer sit back and allow these incidents to happen. Real change must happen. The changes start with our hiring and training. We must hire people who want to be in law enforcement for the right reasons; those who truly want to help people and understand the importance of developing trust and positive relationships with our community members. It is not us against them, just us. We must also train our officers to deescalate situations with dialog, not force.

A vital key to developing trust and legitimacy with our communities is removing problem officers from our ranks. It is my understanding that the primary officer involved in the death of George Floyd had nearly twenty previous complaints lodged against him. While I do not know the individual facts of each complaint, the fact that an individual officer had nearly twenty complaints and two letters of reprimand filed against him in a 20-year career is, in itself, alarming and should have warranted some intervention by his supervisors.  The fact that three other officers stood by and did not intervene to stop Mr. Floyd’s death is extremely troubling. All officers have a moral and ethical obligation to intervene when they see injustice occurring. All too often we have seen officers stand by and not act when other officers abuse people of color. This must change and all officers who do not act to intervene and stop incidents like the Floyd incident must be held accountable.

Every police officer and leader I know has condemned the actions of the involved officers.  What is not being unilaterally addressed is the role race placed in the incident and others across the country. It is clear there were moral and tactical shortcomings in the George Floyd case. What is also clear is that all too often these cases involve police victimizing unarmed persons of color.

I am not one to say, “it could never happen here in Takoma Park.” I will say this, we are doing everything we can to ensure something like the incident in Minneapolis and others across our country does not occur in Takoma Park.

As your police chief, I am acknowledging the role race plays in our everyday life and how we police our communities. I am committed to hiring individuals who want to be police officers for the right reasons, providing on-going training to officers, and holding officers accountable for actions.

I am proud of the work we have done in Takoma Park to make positive connections with all of our stakeholders, especially those who hold the most mistrust of the police; our minority youth. An example of how these connections have had an impact can be found in the partnership formed between our police department and city youth during the passing of Cyril Briscoe, a local rapper and beloved member of our community. In the aftermath of his death, several members of our community began publicly expressing grief and remembrance of Cyril. Some members of our community complained about the impact the vigils were having on our community. Our officers worked directly with the organizers of the events to allow our community members to grieve while minimizing the impact on the surrounding neighbors. Some departments may have taken an aggressive stance to shut down the vigils and aggressively dispersed the mourners. We chose to work with the group to respect their rights and need to grieve. Many of the mourners expressed how thankful they were for how we handled the vigils. The one-year anniversary of Cyril’s death occurred two days ago. While many areas of the country were experiencing violent protests, youth in Takoma Park held a peaceful vigil with our police present and supportive. I bring this incident up to illustrate how we as police need to work with our communities to build relationships and trust. These relationships can be called upon in good and bad times.

We are a long way away from solving this problem. The first step to fixing a problem is acknowledging that there is a problem. As I stated before, I am very pleased to see so many law enforcement leaders and line officers come out to condemn the murder of George Floyd. We as a community and a nation must come together to address the issues facing the law enforcement profession.  I and all of the members of the Takoma Park Police Department are committed to being part of the solution, not the problem.  We are stronger together!

We are always open to ideas and input on how we can provide equal and equitable service to all of our community members. Have suggestions? Please send them to me at tonyd@takomaparkmd.gov.

Takoma Park – Safe, Strong and Supporting Each Other