The Story of Lucy Gault, a novella by William Trevor, will be discussed 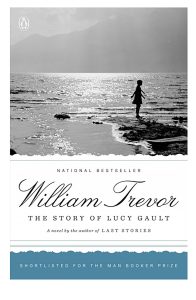 by the Friends Book Group on Thursday, March 24 at 7:30 p.m. in the Hydrangea Room of the Community Center.

The Story of Lucy Gault begins in 1921 when the Irish revolution that led to the founding of the Irish Republic rages in the countryside. After a young man is shot by the father of an Anglo-Irish family, the parents decide they must leave Ireland to avoid more confrontation.

As they prepare to leave, Lucy, their young daughter and only child, runs away, determined to stay at the idyllic family home. When she cannot be found, she is presumed dead, and her parents leave to wander Europe. For the next seven decades, Lucy’s life plays out against feelings of remorse and guilt. Tim Adams, in his 2002 Observer review of the novel, wrote that Trevor “is the modern master of the life never quite lived, his fiction ever aware of the spaces between his characters, the silence that always threatens them.”

This article was featured in the March 2022 Newsletter. Visit the Takoma Park Newsletter webpage to see full list of past newsletters.