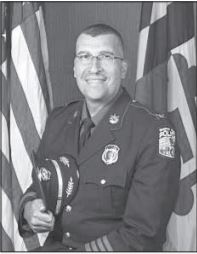 The first two years of Takoma Park Police Chief Antonio DeVaul’s tenure – from January, 2018 to January, 2020 – were full of change, for him and the department he leads. New initiatives, new approaches, and new personnel practices were undertaken and implemented, as DeVaul repositioned and repurposed the department.

But the six months since that anniversary have made those two years of change pale in comparison. Coronavirus, public quarantines, and the “Black Lives Matter,” and “Defund the Police” movements have roiled the country and strained the relationship between communities and police.

In a phone interview (Friday, July 17), Chief DeVaul discussed how he and the Takoma Park Police Department are adjusting to the new challenges and shared why he believes the changes that took place during the first two years of his tenure have left the department well-aligned with the current environment.

Q: First, how are you personally doing during this difficult time?

A: Well, it’s a challenging time, but for me it has been a good opportunity to reflect both personally and professionally.

Personally, it has allowed me extra time to bond with my wife and kids so that has been good.

Professionally, there has been a reckoning with police across the country that is overdue and warranted, and I have had time to re-examine the functions of our police department to make sure we are taking advantage of the opportunity to affect change.

And I believe that whether it’s hiring, use of force, or the relationship between the police and the community, we are consistent with the kind of progressive policing policies that people are now advocating.

Q: Could you expand on that?

A: Let’s take recruiting and hiring. Since I have been chief, we have focused on recruiting a diverse workforce. We have hired more than 20 officers in the past two years, and 15–16 of them represent (gender, racial) minority groups. We have officers that speak Spanish, Amharic, Greek and Russian.

We are also focused on hiring people who want to be police officers for the right reasons. It’s not about how many pushups someone can do; it’s about how well a person can engage with the community. When I came here there was a focus on rewarding enforcement. We’ve changed that to rewarding community contacts – for instance, how many “Coffee with a Cop,” or “Youth Explorers” programs someone participated in. We want to practice positive policing and only issue citations for violations that mean something.

Another area where our policies line up with the reform movement is in trying to take a holistic and proactive approach to public safety, which means having mental health professionals and housing professionals work in tandem with officers to provide services and identify problems before they escalate.

Q: How has the current climate affected the morale and direction of the department? 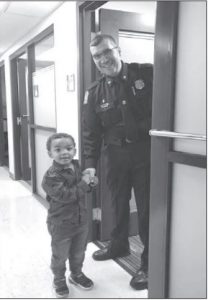 A: It has been a positive force. As I said, we already had a lot of progressive policies in place, including many recommended as part of the #8CANTWAIT campaign (eight recommendations for reducing the harm caused by police in the short-term, launched by the police reform advocacy group Campaign Zero).

There has been an outcry to review how we do law enforcement in this country and here in Takoma Park. People are more inquisitive. That being said, we (the department) have been very open to citizen input. For example, we have revamped the Citizen’s Advisory Board. We have residents on the board who were selected because they may have been skeptical of police or they may have alternative views. They participated in a complete review of all of our general orders.

Q: One area where the citizens’ have spoken up recently is in petitioning for the elimination of the K-9 force (after a December 2018 incident where a dog viciously attacked a citizen.) What are your thoughts on that issue?

A: I am aware of the petition and right now we are evaluating all of our units, including the K-9 unit, to determine if they are best suited for the city. When I first got here, we had three K-9 units; now we just have one. We did have a horrific incident in 2018, but that is the only one of its kind involving Takoma Park in more than 30 years of the program. I don’t want to make a knee-jerk decision without conducting an educated, calculated review, including considering the racial equity impact of having a K- 9 unit.

Q: Amid all the call for police reform, there has been an uptick in crime in a lot of jurisdictions recently, including Takoma Park, to what do you attribute that?

A: I wish we (in law enforcement) could put a finger on the pulse of what is going on, but I think there is a national narrative related to the times. If people don’t have jobs, housing, access to mental health, crime can rise. Here in Takoma Park, we are seeing an uptick, but fortunately, not of the same type of violent crime that other jurisdictions are seeing.

Q: Any final comments you would like to make?

A: The most important thing we can do in this moment is to acknowledge the role race plays in law enforcement and society. To that end, I believe we have developed a strong relationship with our AfricanAmerican and Latino communities, especially the youth. As I said, I believe a holistic approach to policing and public safety is the right one, and I believe that is consistent with what we are doing here in the City.