City Offices and Facilities will be closed Sunday, May 29, and Monday, May 30, in observance of Memorial Day. As always, the Takoma Park Police Department is open for emergency services. We wish you and your family a safe and happy holiday.

In 1883, developer Benjamin Franklin (B.F.) Gilbert  purchased his first tract of land in Washington, D.C. and Maryland. In building a “sylvan suburb of the National Capitol,” he developed Takoma Park as one of first railroad-accessible suburbs in the D.C. area. At 350 feet in elevation, this new suburb was high enough to avoid the malaria and mosquitoes that plagued the nation’s capital.

Takoma Park was incorporated by the State of Maryland in 1890 and by 1913 had become the largest city in Montgomery County. In 1904, Takoma Park became home to the world headquarters of the Seventh Day Adventist Church which maintains a regional hospital, college and several churches and other local facilities in the city. The church relocated its headquarters to Silver Spring, Maryland in 1989.

Early residents included Benjamin Y. Morrison (1891–1966), a pioneer in horticulture and the first director of the U.S. National Arboretum in Washington, D.C. A scientist, landscape architect, plant explorer, author, and lecturer, Morrison is known for his development of the Glen Dale Azaleas. Many of his hybrid azaleas can be found across the community, thus Takoma Park’s reputation as “Azalea City.”

In the 1960s, future Mayor and civil rights activist, Sam Abbott, led a campaign to halt construction of a federal highway through the community’s historic north Takoma neighborhood and replace it with a Metrorail line. This controversy raised the profile of Takoma Park as it was becoming noted for political activism, with newspaper commentators describing it as “The People’s Republic of Takoma Park” and “The Berkeley of the East.”

Until 1997, the City straddled two counties with the eastern portion of Takoma Park located in Prince George’s County and the western portion in Montgomery County. In November 1995, after much lobbying, a State-sponsored referendum was placed on the ballot with a majority of votes in favor of unification of Takoma Park in Montgomery County. Following subsequent approval by both County Councils and the Maryland General Assembly, the county lines were moved to place all land within the City into Montgomery County (including territory in Prince George’s County newly annexed by the City) on July 1, 1997.

More information about Takoma Park: Past and Present  is available from Historic Takoma, Inc. 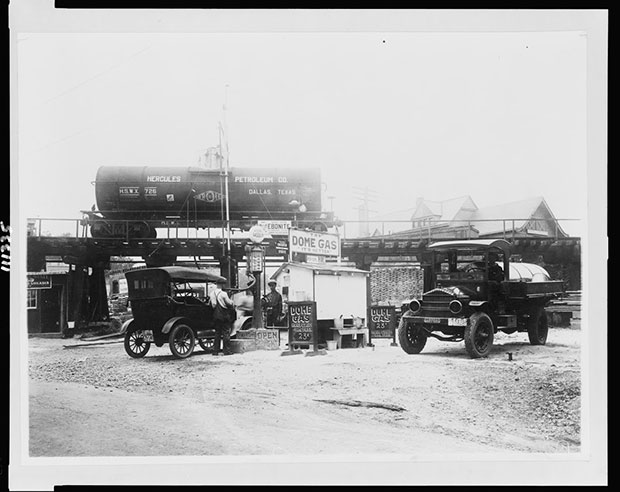 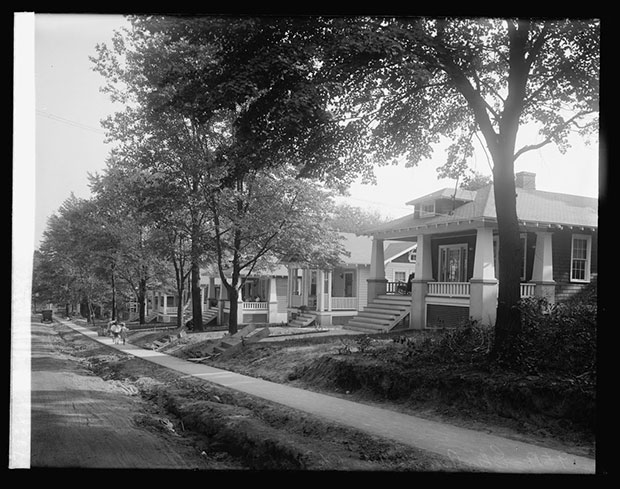 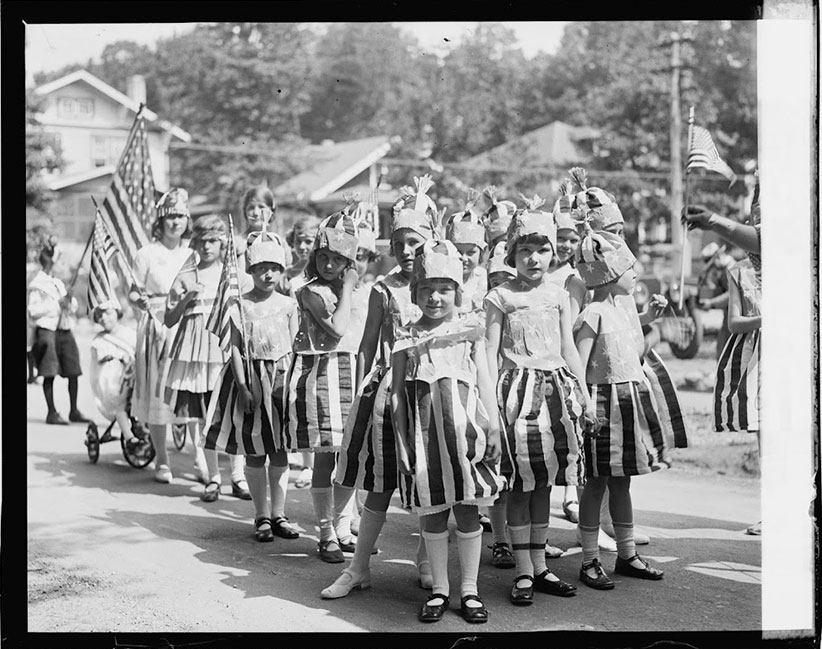 One of the first suburbs of Washington D.C., Takoma Park constitutes the largest historic district in Montgomery County and the only multi-jurisdictional Main Street program in the State of Maryland.

Established in 1992, the Takoma Park Historic District  (PDF) is the largest historic district in Montgomery County and includes several residential and commercial neighborhoods including Takoma Old Town and Takoma Junction. The District of Columbia has also designated part of its Takoma DC neighborhood  as an historic district, making the area one of the only multi-jurisdictional historic districts in the region.

Residential and commercial property owners in the Montgomery County Takoma Park Historic District require a Historic Area Work Permit (HAWP) prior to undertaking any proposed changes to the exterior of a structure or to the environmental setting of their site. See the Montgomery County Historic Preservation Commission (HPC) for more information or contact the HPC staff at 301-563-3400 for assistance.

The National Register Takoma Park Historic District was designated in 1976 in Maryland and in the District of Columbia in 1983. Much of B.F. Gilbert’s original residential development was included in this district, which embodies a rich variety of American architectural styles from the late 19th to early 20th centuries.

Another National Register of Historic Places listing has one listing within the City: The Takoma Avenue Historic District  which consists of five houses designed by Charles Goodman.