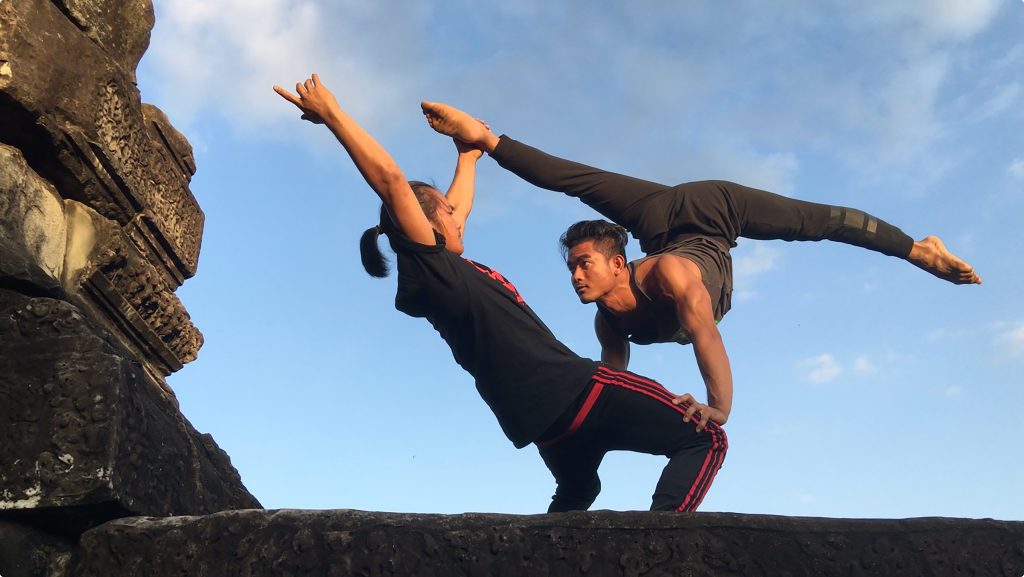 From Cambodia to Canada, the Cirque du Cambodia documentary follows two Cambodian teenagers on their inspiring journey to run away and join the circus.

Filmed over eight years, filmmaker Joel Gershon captured the amazing talents and ongoing challenges for two Cambodian teenagers who travel from the rice fields and dusty roads of their rural village to the other side of the world to train at the prestigious National Circus School of Montreal in Canada. Their ultimate dream is to perform with the prestigious Cirque du Soleil, whose headquarters is located across the street from the school.

The two teenagers began their circus training in their village in Cambodia at a school for the arts called Phare Ponleu Selpak, which translates to “brightness of the arts.” The school runs a “social circus” program where at-risk and marginalized youth learn circus skills, such as juggling, tightrope walking, and trapeze, and perform in shows for locals and tourists.

During a trip to Cambodia, Gershon was captivated by a circus performance at Phare and spent the next decade filming and editing this documentary, following the story through four countries on a shoe-string budget.

The two young circus performers arrived in Montreal with almost no money or the ability to speak French or English, but they hope to perform under Cirque du Soleil’s big top. Will they make it to the big time? Join us to see the film to find out!

The documentary won audience awards at two film festivals and a jury prize at the 2021 Circus International Film Festival.

Gershon, who lives in Washington, D.C., will lead a Q&A with the audience after the film screening. He previously lived in Bangkok for 12 years working as a TV correspondent, copywriter, and college professor teaching film and media studies. You can learn more about him and his work at joelgershon.com.

This film screening is part of the Takoma Park Arts series organized by the City’s Arts and Humanities Division. The series includes free art exhibitions, film screenings, poetry readings, concerts, theater, and dance performances at the Takoma Park Community Center. Please go to takomaparkmd.gov/arts for more info and to sign up for our e-newsletter.