The Takoma Park Maryland Library is closing on Wednesday, August 24 at 8:00 pm.

City TV won in the $300,000-$650,000 category the Overall Excellence in Government programming, awarded to the overall 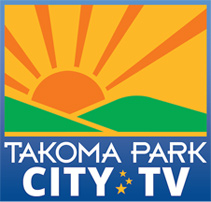 production of the channel. “This is the best award we could win,” says Alvaro Calabia, production manager for City TV. He believes that “they have appreciated the diversity of programs we produce and how we try to reach all demographics in the City. Besides English and Spanish, in 2019 we produced shows in Amharic, Haitian Creole, and French. We also collaborated with the Thunderbolts to produce our first baseball games ever, and we have rooted deeper our relation with Takoma Radio, WOWD. We have a lot of partners in Takoma Park responsible for the award.” You can see City TV programs on their YouTube page.

Each year, a panel of judges evaluates over a thousand entries based on several factors including subject, experience, and budget. Awards are then presented to the most creative programs that address community needs, develop diverse community involvement, challenge conventional commercial television formats, and move viewers to experience television in a different way. Proceeds from the awards program are used exclusively for facilitating, preserving and promoting education in community media.

“The Hometown Media Awards celebrate both the excellence of work and the diversity of media that appears on community channels being produced around the country. The ACM Foundation is proud of their achievement and of how they represent their communities in their work,” said Mike Wassenaar, president &amp; CEO, Alliance for Community Media.

A message from Mayor Stewart to the Community