In the U.S., nearly 2.2 million adults were held in its prisons and jails at the end of 2016, according to a 2018 report from the Bureau of Justice Statistics. And of those incarcerated, African Americans and other minorities make up a disproportionate number. 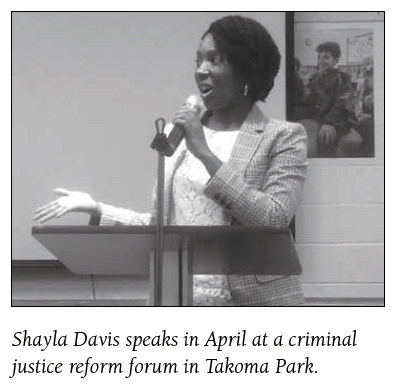 One Takoma Park group is looking to change that by increasing awareness of the disparity and working with state legislatures for more equal treatment. “Criminal justice reform is about transforming the entire justice system and moving away from the overly punitive and racially biased approach to justice,” said Shayla Davis of Takoma Park Mobilization.

Started in 2016, Takoma Park Mobilization is a series of working groups that act on initiatives, including community meals, education, environmental health, immigration and Muslim solidarity, and mass incarceration.

Through outreach and organization, the Mass Incarceration Working Group of Takoma Park Mobilization works to lower the flow of young African Americans into prison. In April, the group held a public forum featuring speakers focused on different aspects of incarceration.

“The purpose was for folks to share their work,” Davis said. “We also had panelists come and talk about what they’ve been doing.”

Those panelists included Nikki Thompson of Job Opportunities Task Force (JOTF), who spoke on the 2019 legislative session and how people can get more involved in state politics; Dr. Stephanie McGencey with Women’s Equity Center and Action Network (WE CAN) discussing re-entry for former prisoners; and Marc Mauer, author of

The Meaning of Life: The Case for Abolishing Life Sentences, who talked about sentencing.

This year the group worked heavily during Maryland’s legislative session, emailing and calling Sen. Will Smith, who represents Takoma Park. “Going into this year, we focused a lot on the legislative session,” Davis said. “We worked with Job Opportunity Task Force to come up with some bills of our own.”

Though most action stalled during the session, it was still a valuable learning experience and showed that there’s still plenty more that can be done to get people to be able to participate in their own government.

In the past, the group has held expungement events in which local ACLU and the JOTF help people get charges taken off their records after serving their sentences. “We had a person who came through and had their entire record cleared, which is huge,” Davis said.

For now, the group is looking for people who want to act on ending mass incarceration and help to reform the state and country’s justice systems. “We need leaders who come in and say, ‘I can take care of this’ and are motivated to be supportive,” Davis said. “A lot of people want to be seen doing things, and that’s fine, but a lot of hard work goes into you being able to take that picture in the first place.”

And Davis says the group is looking for all sorts of people to help. “If 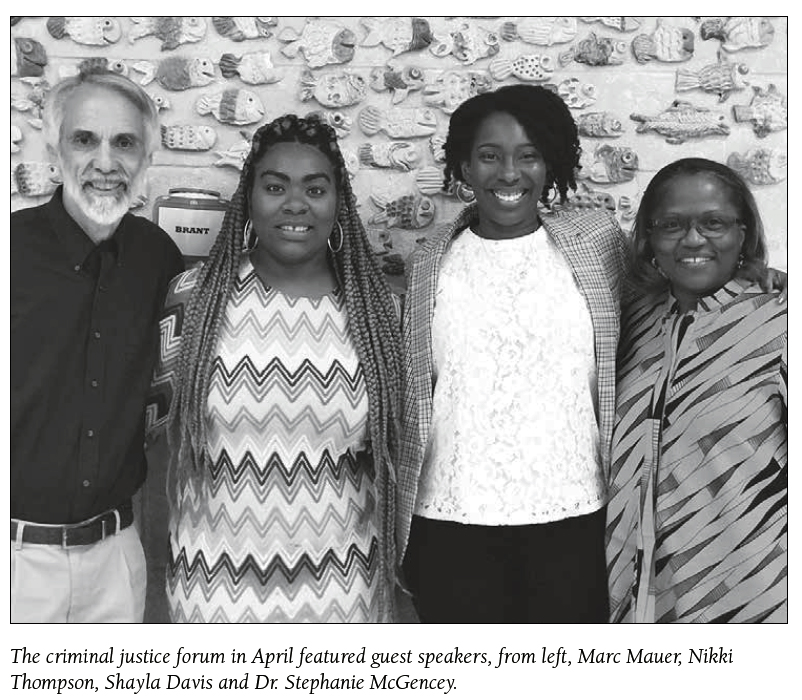 you volunteer your time, know that just because you don’t have expertise doesn’t mean that you’re any less valuable,” she said. “And if you don’t have free time, you can always donate. Money is how these things happen.”

“Change isn’t going to happen with meek asks and minor additions,” Davis continued. “Change requires strategy, planning and sweat. The time for standing on the sidelines is over.”

How the SHA Takoma Junction Vision Study Can Help Businesses

One Way to Make a Difference