If a Takoma Park Police officer catches your child in the act during the summer months, they might just get a “ticket.”

The Takoma Park Police Department is proud to partner with 7-Eleven in its “Operation Chill” program; a program that aims to reduce crime and build rapport between kids and law enforcement. “Operation Chill” is a great way of teaching the importance of making good decisions, being kind and doing the right thing.

When school’s out for the summer, kids in Takoma Park may actually look forward to their next encounter with the ‘heat’ this summer thanks to 7-Eleven stores’ popular “Operation Chill” program that rewards positive behavior with a very cool treat.

Through “Operation Chill,” Takoma Park Police patrol officers can ‘ticket’ youngsters caught in the act of doing good with Slurpee beverage coupons.  Appropriate ‘offenses’ might include helping another person, deterring crime, practicing safety (wearing a helmet during bike riding), participating in a positive activity in the community, or just for having a pleasant conversation with an officer.  Each coupon can be redeemed for a small Slurpee drink at participating 7-Eleven stores. The coupons are great for officers who are on patrol in the community.  It’s an icebreaker, a way to encourage dialogue in a non-threatening, non-law enforcement situation.

Since its inception in 1995, “Operation Chill” has grown to include several hundred law enforcement agencies in the United States and Canada each year, and more than twelve million coupons have been distributed to officers on the beat in cities and towns where 7-Eleven does business. 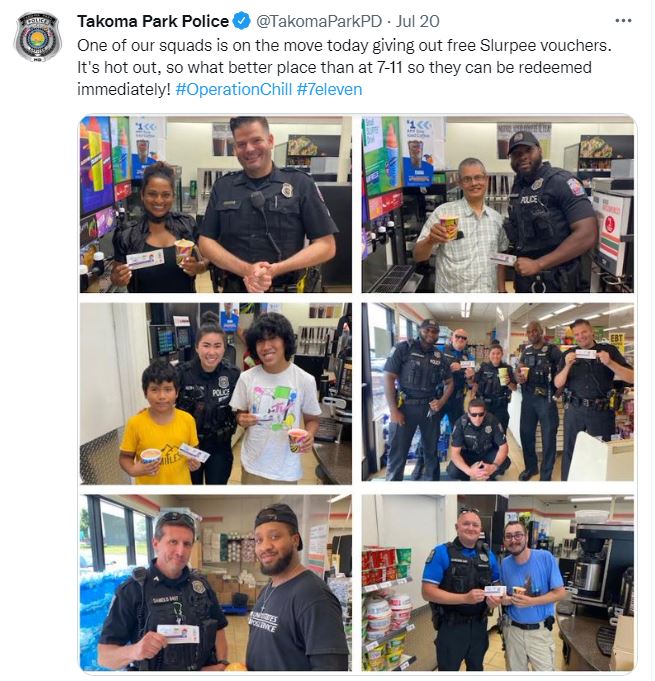 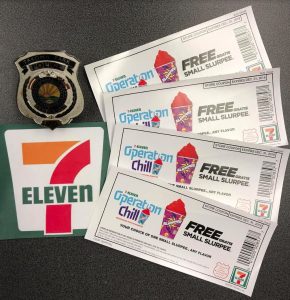 “Operation Chill” was developed by 7-Eleven, Inc. to positively reward and encourage good behavior by kids during the hot summer months, when communities may experience increases in loitering, shoplifting and graffiti, and to support law enforcement agencies’ community relations projects.  The Takoma Park Police Department will use the “Operation Chill” program to reward youth for their good deeds as well as to enhance their relations with the young people of their city.

So be on your best behavior during the summer. Our officers will be patrolling parks, community events, and other areas around the City, looking to hand out these free treats! 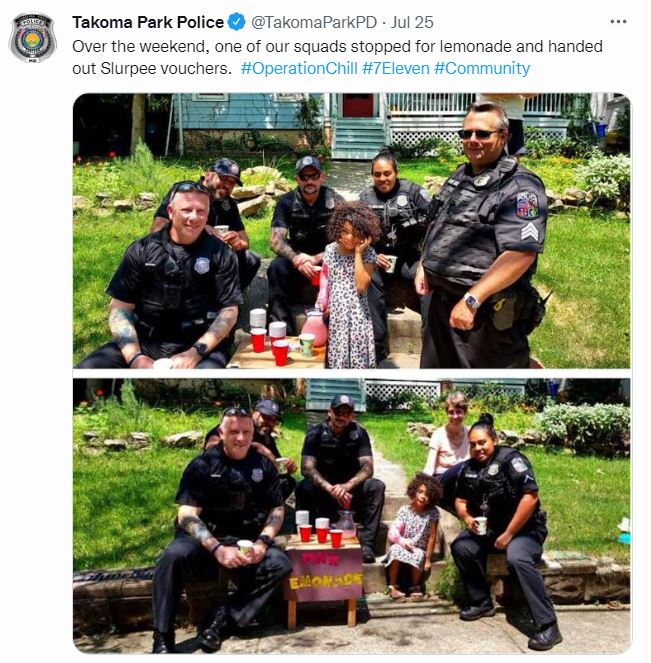