The Takoma Park Police Department partnered with Secure the Call. Secure the Call is a charity with a single mission; to collect and convert as many old cell phones as possible into *911* emergency access phones. This is done on a national basis, with collections and distributions going on in most states.

Secure the Call began as a loose confederation of several organizations in several states with similar objectives. In 2003, Secure the Call—CA was incorporated and later achieved IRS certification as a 501(c)(3) non-profit corporation. Originally, they were conceived as an environmental organization. They wanted to keep electronic trash out of America’s landfills. That’s still the case, but they have adopted a reuse strategy that makes their work even more environmentally sensitive and infinitely more socially useful.

After service is discontinued on a cell phone it is still able to make one connection. If it is powered up, it can dial and reach *911* to access emergency services. Every active cell phone account in America is charged a small monthly fee to support this service. Every cell phone must be capable of achieving this objective, whether there is a service provider involved or not – it is the law.

This feature has not been lost on some of America’s non-profit institutions and charities. First to pick up on it were the domestic abuse shelters. Their clients were continually at-risk for emergency situations. Following them, law enforcement agencies started distributing old cell phones to victims, victim’s rights organizations, community policing organizations and senior citizens. Senior Centers followed after that. All these groups had a need for convenient, dependable *911* emergency accesses for the people they serve.

The first problem experienced is supply. How do you get a reliable supply of phones that will be reusable as *911* phones? Most of the organizations seeking phones used press releases through local media with varying results. Initial collections might be adequate, but soon additional effort and expense was needed to obtain follow up supplies of phones. Typically, this effort isn’t anticipated, or funded.

Donated phones come in a mass of tangled wires and loose parts. Donation boxes co-mingle various phones and chargers in a confused jumble. Invariably the backs fall off some of them, freeing the batteries, while others are damaged. What to do with the damaged phones? Then there is the problem of privacy. You can’t simply hand out a phone that was just turned in. The donor’s private information is still resident in the phone’s memory. That has to be wiped out. You have to respect the donor’s privacy.

Finally, each phone must be mated with its’ own charger, or it will soon be worthless. Since many phones’ operations are dramatically different, instructions need to be provided for each phone’s operation; even just to call *911*!

The final problem for the local charity or law enforcement unit doing everything for itself is disposal of the unusable phones. Generally, that means “into the dumpster” and from there to the landfill, where the phone will slowly biodegrade over the next thousand years leaching toxic elements into the surrounding soil.

Secure the Call is Now Supplying Tablets to those in Need

Secure the Call is now collecting and distributing tablets.

Secure the Call has discovered that the community partners who receive their free phones are also requesting tablets. And they never want to say no to anyone in need.

During the pandemic, Secure the Call has signed up many hospitals and nursing homes and have been sending them smartphones to be used for communicating with friends and family while in quarantine. As more and more older users are opting for video calls, the need for devices with larger screens has arisen. Their goal is to provide as many tablets as necessary to anyone who needs one.

Prior to donating, please make sure you remove any device restrictions. For Apple users, that means they need you to delete the iCloud account before you send it in. For Android users, this means the removal of the google account and passcode. For the free US Post Office mailing label, please click LABEL and ship the tablets for free!

Thank you for your generosity! 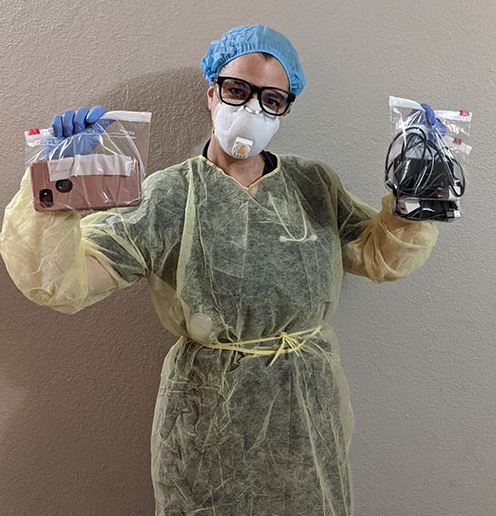 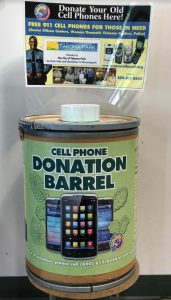 Secure the Call is all about the process. They furnish user-ready phones to their Community Partners—a growing network of over 350 law enforcement agencies, senior centers and domestic abuse shelters nationally—at no charge and in the quantity they request. Service to the public is FREE.

They collect phones nationally from a network of over a thousand permanent collection barrels and about two hundred one-month drives per month. All the phones come through the Takoma Park, MD headquarters, where volunteers* begin the process and take the phones from the tangled mass previously described to finished ready-to-use FREE *911* phones.

* Secure the Call is an all-volunteer charity. To volunteer, or just learn more about Secure the Call, no matter where you live, visit www.securethecall.org.

You can donate your unwanted or unused cell phones at the Takoma Park Police Department, 7500 Maple Avenue, Takoma Park, Maryland.  The collection barrel is located in the police department 1st Floor Lobby.

The mission of Secure the Call is critical. These free *911* phones really are very important. They can be life-savers!