What is ranked choice voting?

A properly completed ballot ranks candidates while marking only one choice per column.

Voters may indicate as many, or as few choices as they wish.

A ballot may be invalid should the voter ‘s intentions be unclear to the judges counting the ballots, such as if the voter marks multiple candidates as their first choice. In this case no vote is cast for a first or second choice.

A ballot may, however, be partially valid. In this case the voter ‘s first choice is clear. However, no valid choices are indicated if JOHN SMITH is eliminated.

√ Vote for a city councilmember to represent your ward

THIS INFORMATION WILL APPEAR ON YOUR BALLOT

Vote for candidates by filling in the oval for your first choice, your second choice, and so on. You may rank only a first choice. You are not required to vote in both races on the ballot.

To vote for a person whose name is not on the ballot, print the name in the space provided and fill in the oval that shows your ranking of the write-in candidate. 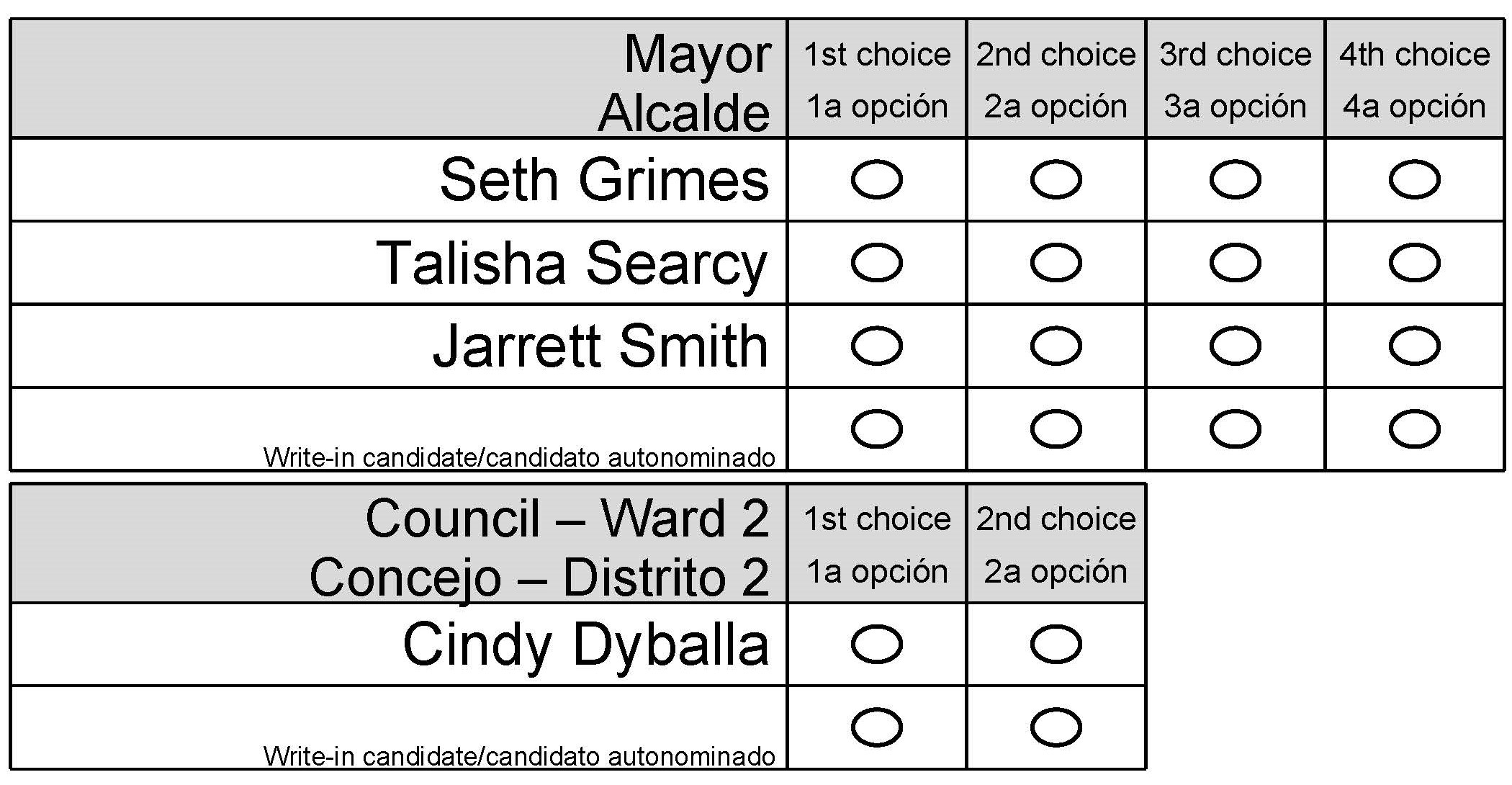 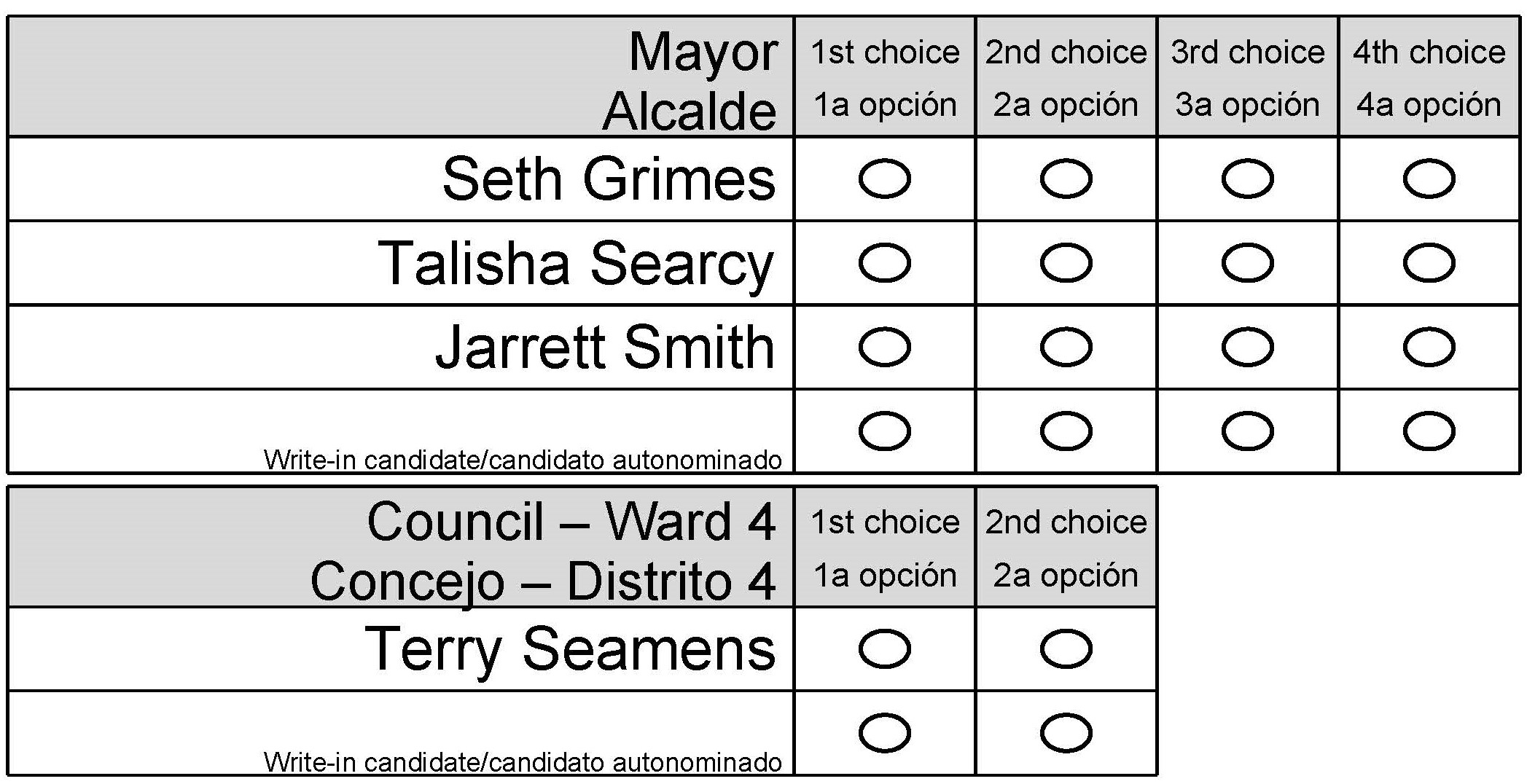 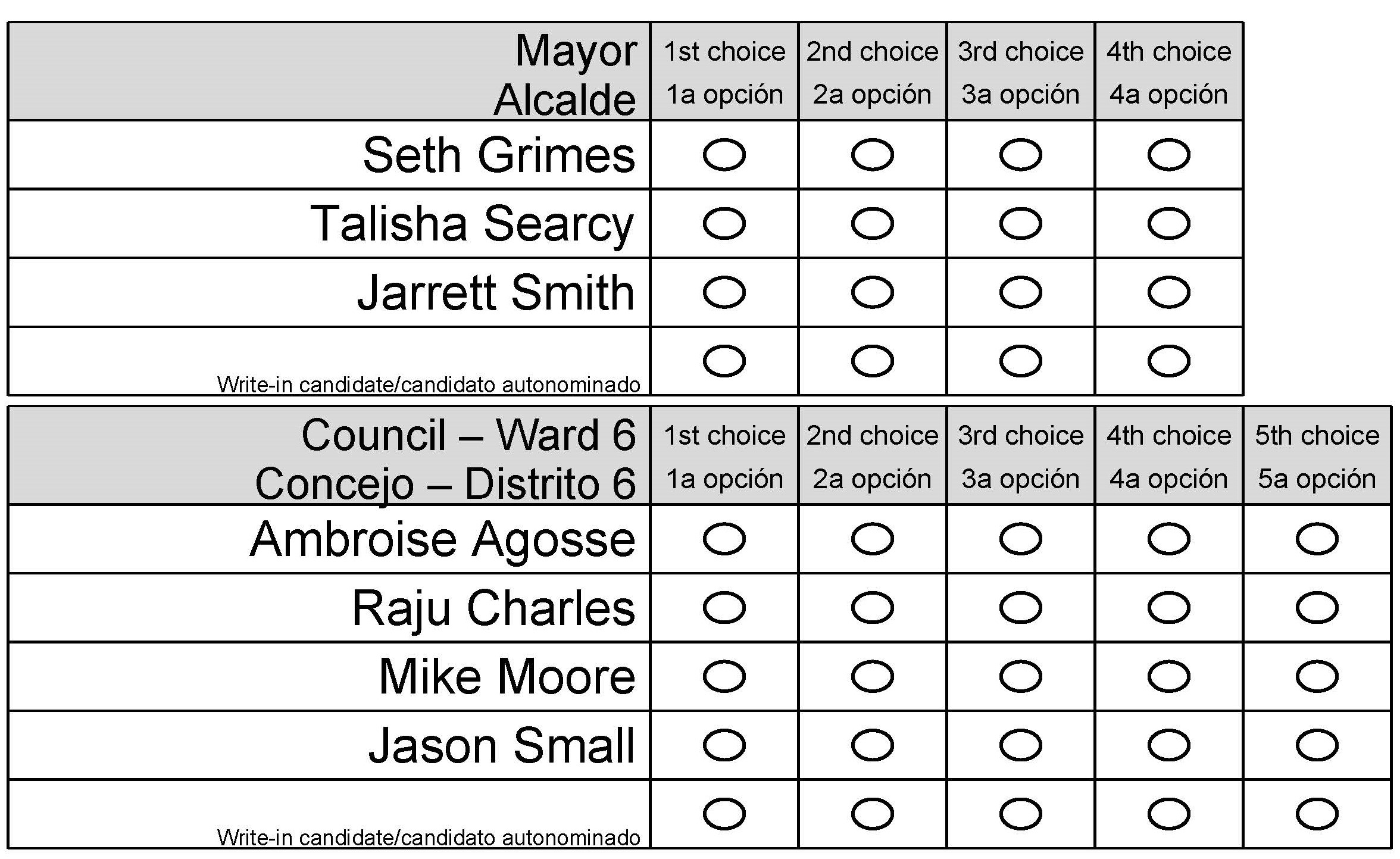 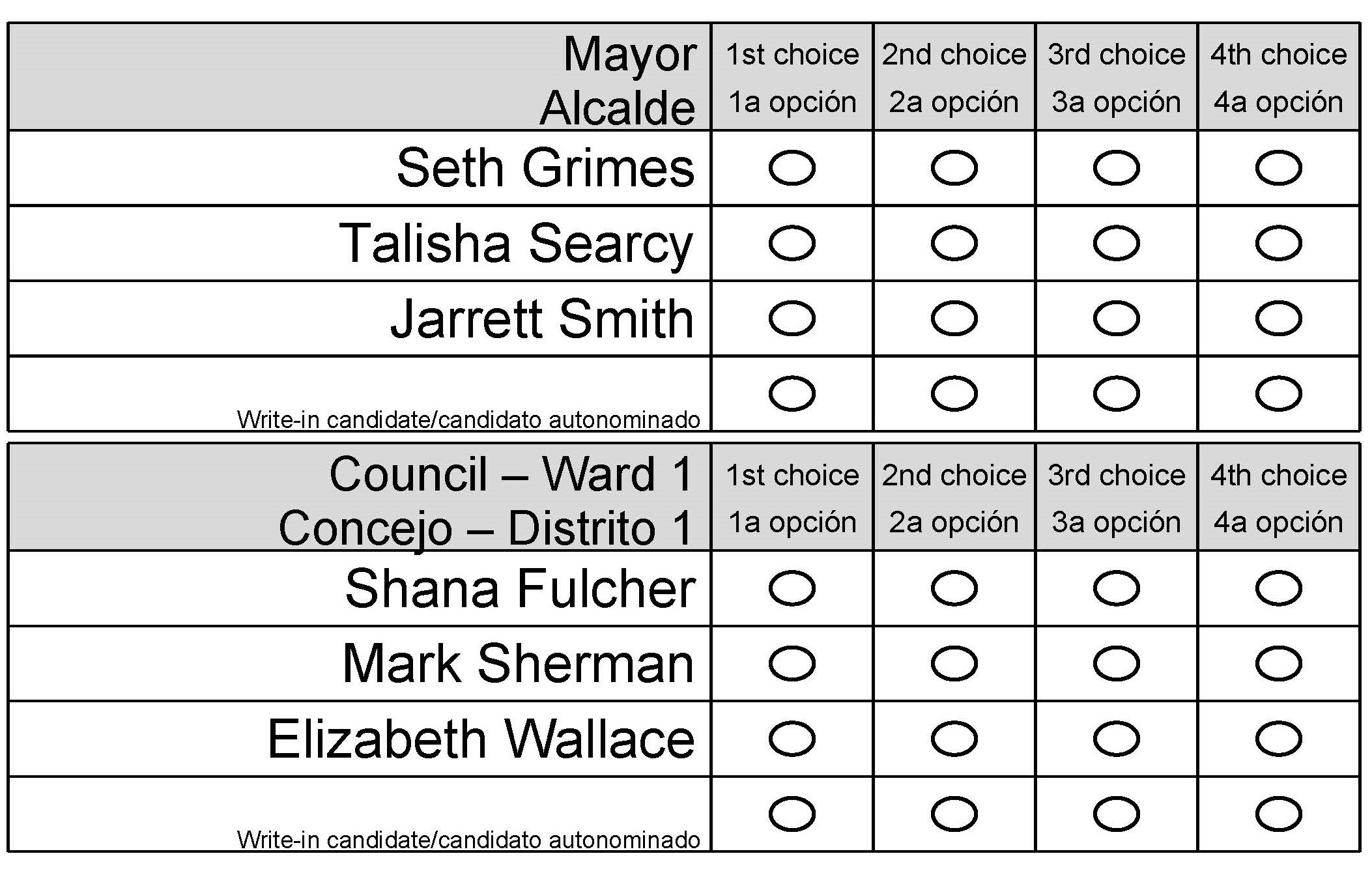 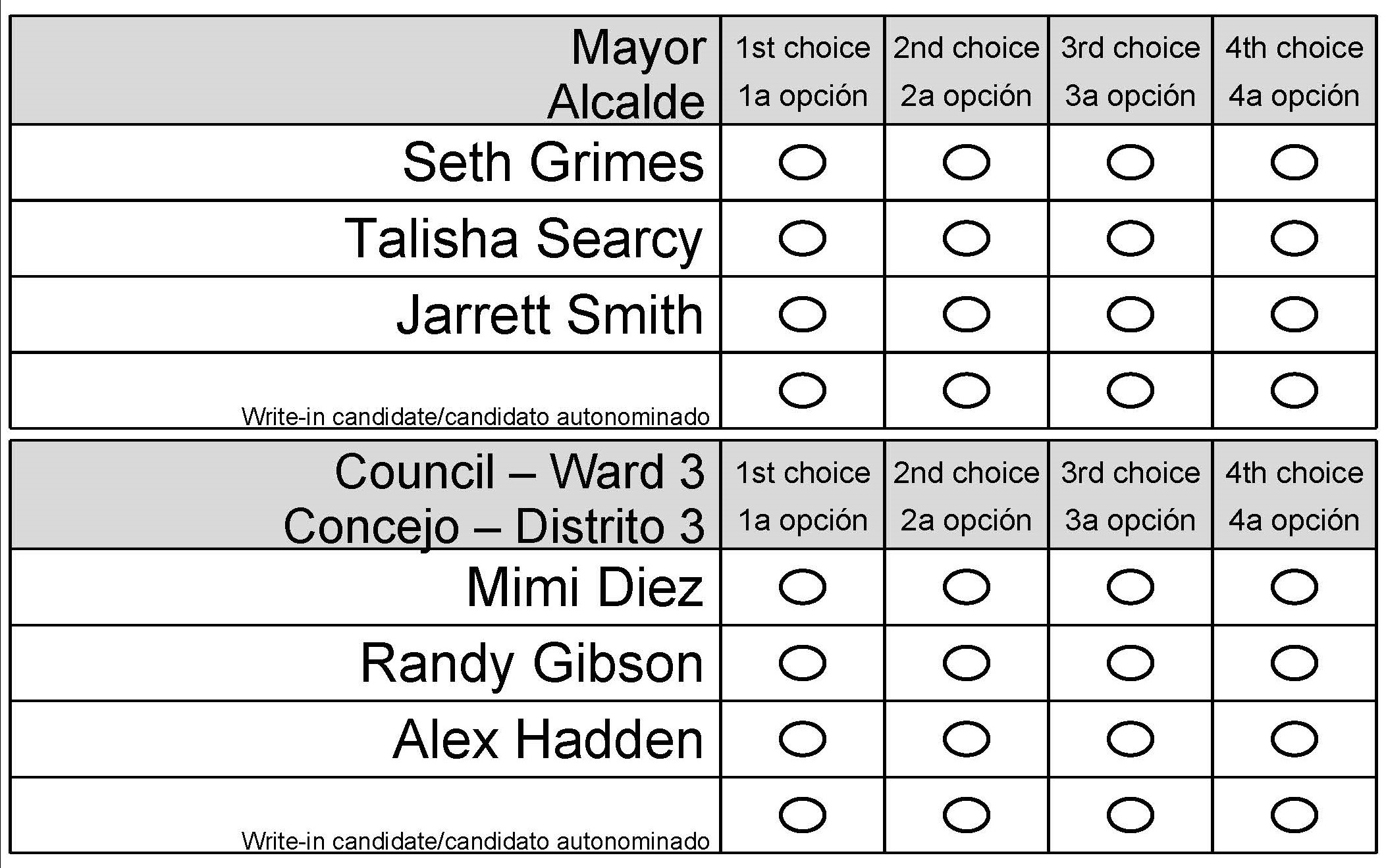 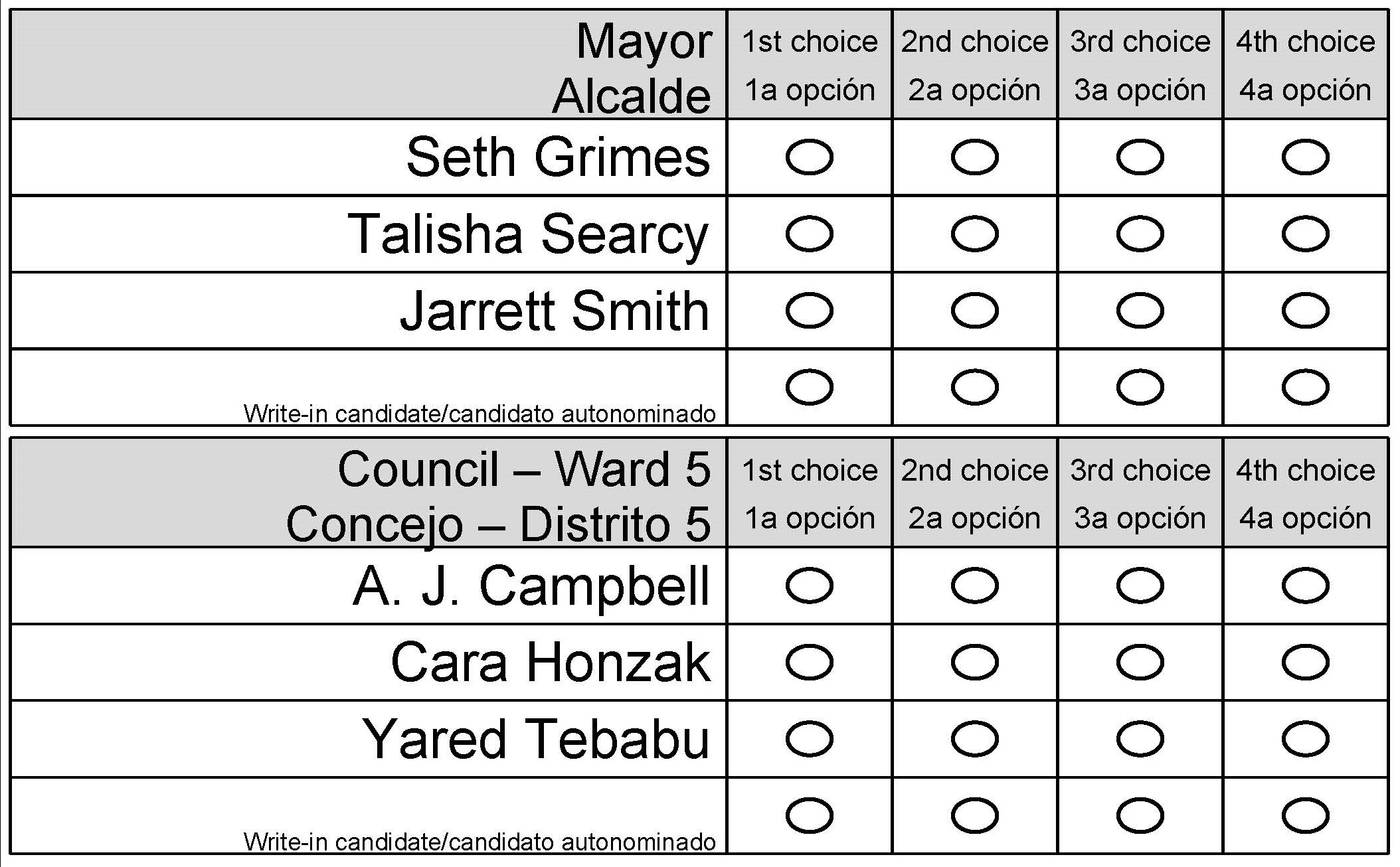